Welcome to the Society for Gender Studies in Japanese! 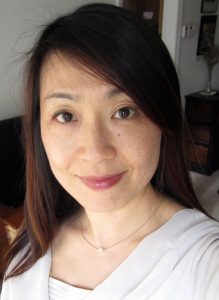 In 2001, the Society for Gender Studies in Japanese (SGSJ) was launched as the field of gender studies grew in its success. At that time, many scholars commonly shared the knowledge that “gender” refers to “socially and culturally constructed differences between being female and male, and/or femininity and masculinity.” They also challenged conventional methods of research in various academic fields by using the perspectives of gender studies. Fifteen years later, people in general know what gender really means. They notice the potential for fear when an individual “difference” may be forced to assimilate to the majority or excluded from the mainstream if they don’t follow the order or norms of society. Now people realize they can say no to such occasions.

In SGSJ, we aim to uncover and examine issues of gender and the Japanese language which are hidden everywhere in society. What we mean by the “Japanese language” is not necessarily stable as it has changed historically and culturally, and we should always update its meaning and value. SGSJ members shall try to discover new perspectives on gender and Japanese by understanding current research trends in the fields related to gender and language.

We at SGSJ strive to have no discrimination against anyone by gender, age, nationality, residency, occupation, sexual orientation, etc. We have respect for the “differences” of individuals and seek mutual understanding with others through SGSJ activities.We welcome your joining our activities in SGSJ!